We would like to offer our sincere support to anyone coping with grief. Enter your email below for our complimentary daily grief messages. Messages run for up to one year and you can stop at any time. Your email will not be used for any other purpose.

Share a memory
Obituary & Services
Tribute Wall
Read more about the life story of Susan and share your memory.

SUSAN ADORNETTO (née Granstra), 102, passed away in her sleep on November 13th, 2022.  She was born in Grand Rapids, MI, on February 22, 1920, the youngest and last of 6 children.  She was the beloved wife of John Adornetto (deceased) for 62 years.  She is survived by her sons, Jack (Carol) and Robert (Belinda), and she lost her daughter, Susan (Kenneth Young), in 2001.  She was grandmother to Matthew (Patricia), Jenny (Jason DeBruer), Martha Young, and William (Jesse) Young, and was a great-grandmother of John, Marissa and Samuel Adornetto, Josephine and Jane DeBruer and Selah and Helena Young.  She is also survived by many nephews and nieces in Ohio, Michigan and Texas.

Sue spent her childhood in Grand Rapids and Ada, MI, and after High School worked as a beautician and then enlisted in the Women’s Army Corp in 1943.  She met and, in 1945, married John after his return from North Africa when they were both stationed at Dugway Proving Grounds near Salt Lake City, Utah.  After the war they moved to and raised their family in Ohio.  Sue was employed and retired from Marymount Hospital. In retirement, she and John were ‘snowbirds’ before moving to Florida full-time until his death in 2012. Sue then returned to Ohio to be near her family.

Funeral services will be held at a later date when she will be interred next to her husband at Ohio Western Reserve National Cemetery for veterans in Rittman, OH.

The family would like to express their appreciation to the management and staﬀ at Brentwood Health Care Center and Harmony Hospice of Ohio for their wonderful and attentive care of Sue.

To send flowers to the family or plant a tree in memory of Susan Adornetto, please visit our floral store. 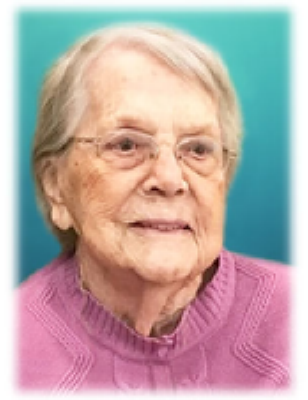 In Loving Memory Of

Look inside to read what others have shared


Family and friends are coming together online to create a special keepsake. Every memory left on the online obituary will be automatically included in the book.

You can still show your support by sending flowers directly to the family, or by planting a memorial tree in the memory of Susan Adornetto
SHARE OBITUARY
© 2022 Ferfolia Funeral Home. All Rights Reserved. Funeral Home website by CFS & TA | Terms of Use | Privacy Policy | Accessibility